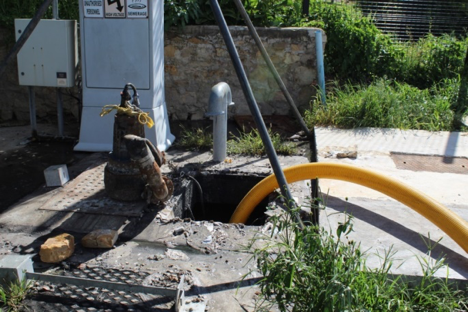 “PORT ALFRED IS SWIMMING IN SEWAGE”

There are currently numerous areas in Port Alfred that are inundated by sewage spills. These spills are avoidable and are largely caused by a lack of maintenance and the will by the Infrastructure Department to fix the sewage pump stations. This cannot be a welcome smell or sight for our visitors. These photographs were taken on the 28th and 29thof December 2021. 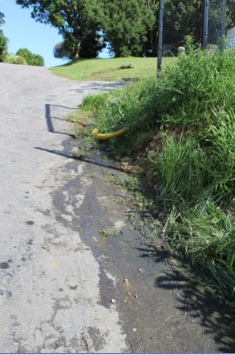 Again this issue has been going on for weeks. The stench is unbearable and what do holiday makers think of Port Alfred when they want to visit the Museum?

Road crossing with sewage from the front of the Museum 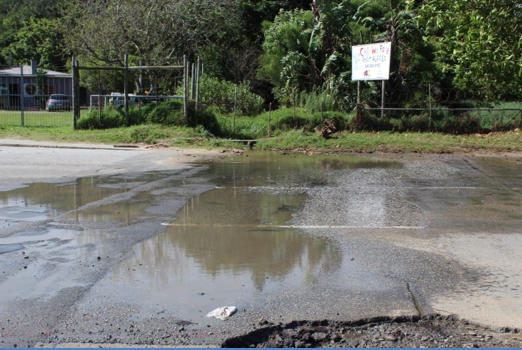 Sewage running towards the Kowie River from Road Crossing 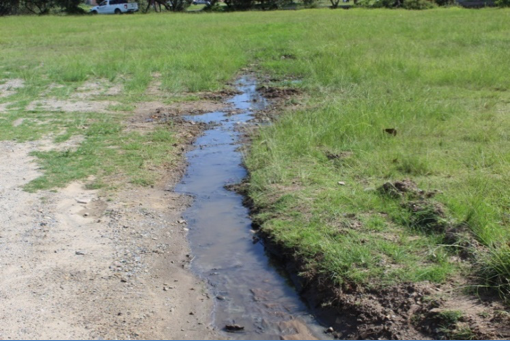 Again this is an ongoing problem. The owner of the building is aware that the developer’s conservancy tanks were too small for the building. This is exacerbated by the Ocean Basket not cleaning fat traps. When the sewage overflows are fixed there is no attempt to clean up the spilt sewage. Again what do potential patrons to our restaurants in van der Riet Street think when the have to walk through sewage in van der Riet Street. 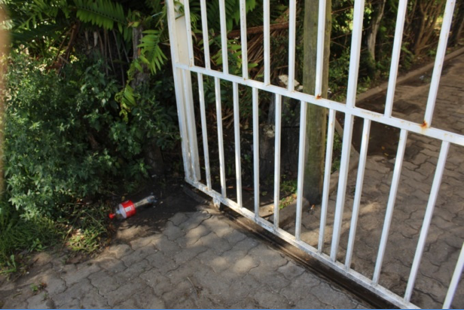 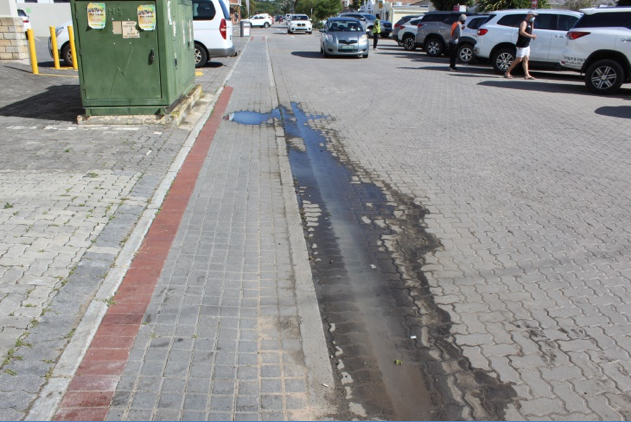 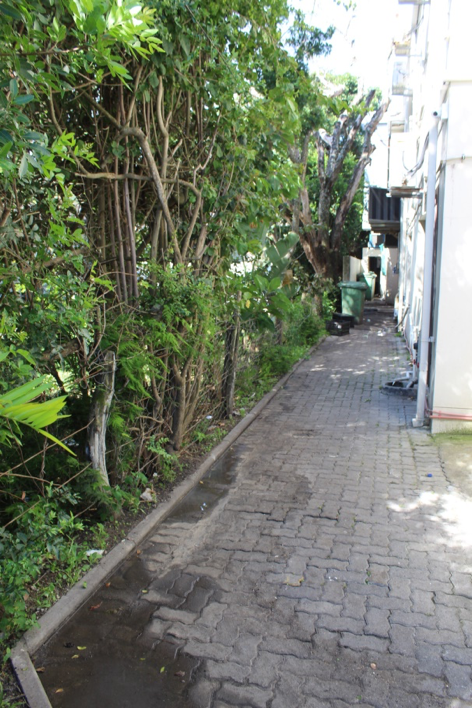 4.  Behind Pick and Pay in Biscay Road

There is a continuous over flow from the manholes and drains in this street. The stench is horrific and goods are being loaded from delivery trucks and the workers are walking through the sewage into the storage areas of the shops. This is unhealthily dangerous and these shops should be closed by the health department of Ndlambe until all blocked sewers and leaks are fixed. There is no cleaning up of spilled sewage and no disinfecting of the area  takes place  at all. The stench this morning was horrific. Vehicles drive through the sewage spills splashing sewage all over the area.

Pictures of sewage flowing into the storm water drains in Biscay Road and into the Kowie River. 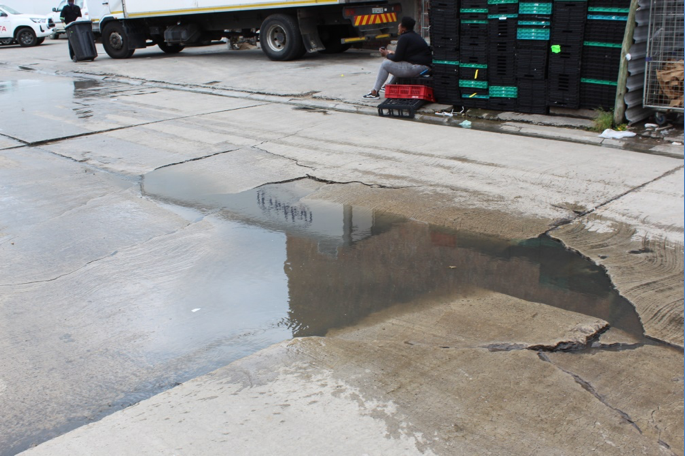 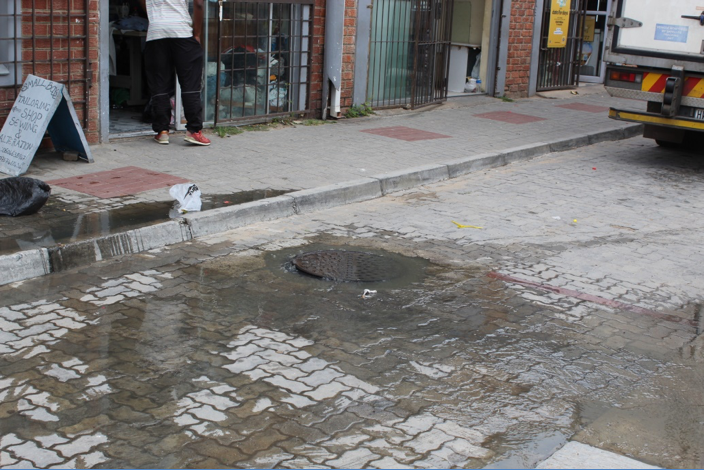 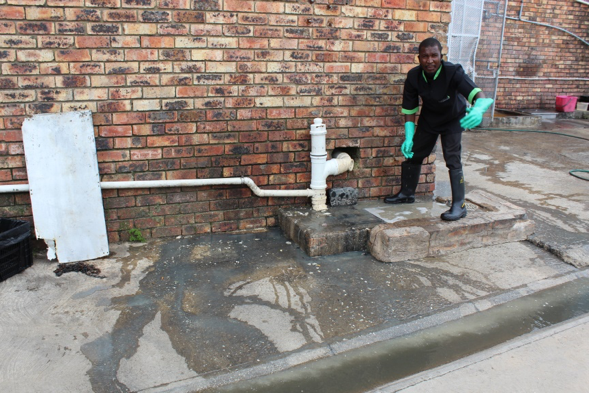 5.  Biscay Road behind the Super Spar

Again this is an area that sewage continuously flows into and then flows down the street. When the problem is addressed and fixed there is no cleaning up by the shop owners or the Municipality and shoppers and workers traipse through the sewage into the shops and their food storage areas. Ndlambe Health Department need to close these shops until the sewage spills are cleaned and sanitised. 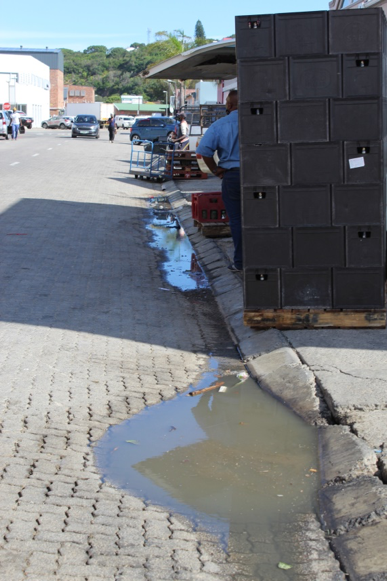 6.  Nemato Sewage spilling into the Kowie River over the road to Centenary Park.

Sewage running into the Kowie River from Nemato 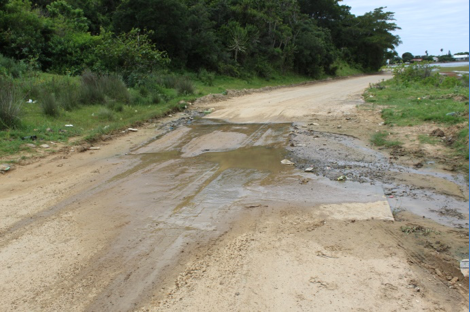 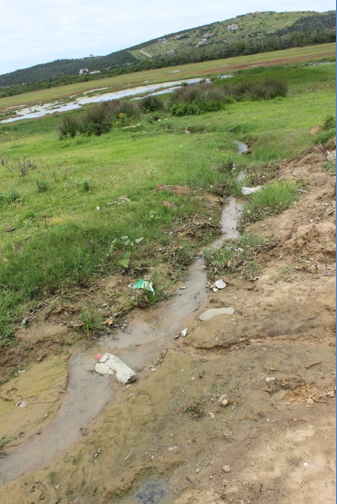 There are numerous instances of sewage pouring into the Kowie River. The river is becoming so polluted that holiday makers will soon have to be warned of the health hazards of swimming, skiing, boating or canoeing on the river! This pollution of our valuable asset must be stopped. If our numerous visitors and potential home owners become aware of this pollution they will not come and holiday or buy property in Port Alfred as their favourite venue of choice. These constant sewage spills are affecting businesses, tourism and rate paying residents. This state of affairs cannot be allowed to continue.

Could the Ndlambe Municipality give PARRA a plan and timeline as to when items 1 to 5 will be addressed and fixed?