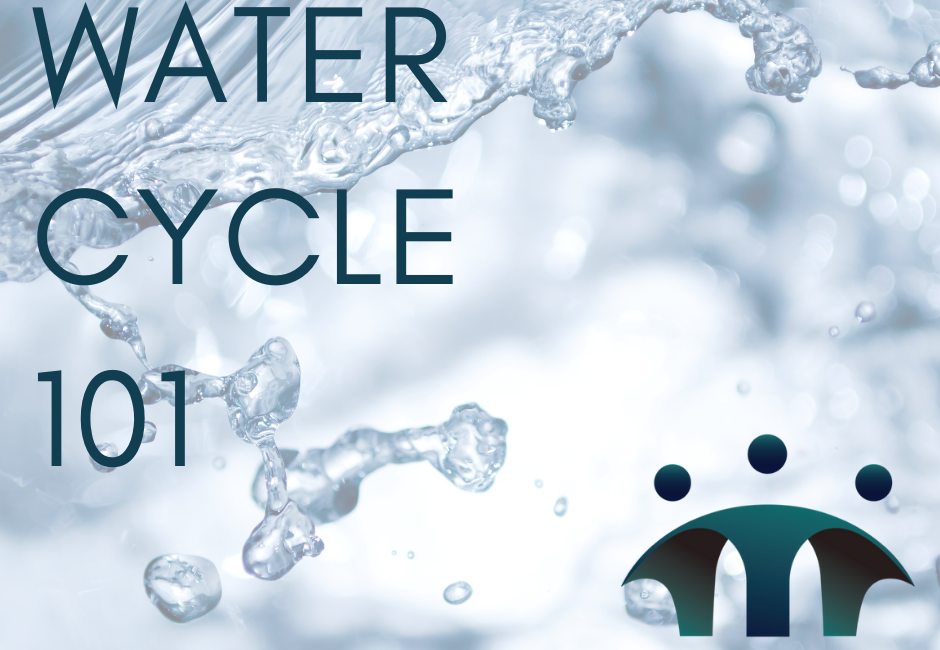 There have been various concerns raised by residents as to what happens to the water as it falls over the Weir and out to sea. Our Chairman Dawie van Wyk put together a simple explanation – NO WATER IS EVER WASTED…

Rivers, dams, ground water, rainfall and the sea all form part of the water cycle. Clouds contain moisture from condensation which at the right humidity and temperature forms rain. This rain then falls to the earth either over the sea or land. There are numerous types of rain, thunder, cyclonic and relief rain. The bottom line is however evaporation from forests (transpiration), large dams, rivers and the sea starts a condensation cycle where rain clouds are formed. These clouds then release the moisture in the form of precipitation (rain).

The rainwater then falls and due to the topography (valleys and hills) forms streams and then these stream run into bigger streams and ultimately into rivers. These rivers in most instances run towards the sea. Numerous dams and weirs are built across rivers for the storage of water. In most instances the dams are regulated to release certain volumes of water to protect the flora and fauna below the dams. Numerous farmers also utilise this water released from the dams. Weirs are fixed structures with no valves to release water downstream and so normally the height of the weir is determined by water experts so that when rivers flow strongly the weirs overflow. This overflow is again to protect the flora and fauna below the weir. Farmers also utilise the water that has resulted from the overflow of the weir.

The precipitation (water) that falls on the land also replenishes the ground water that has been pumped out by boreholes.

The large and small rivers all normally run into the sea (except where there is inland drainage like the Okavango swamps) where the cycle starts again. Evaporation from the sea and the resultant condensation forms rain clouds and these clouds through precipitation deposit water on the land. The water then runs into the streams and rivers. Thus the cycle starts all over again.

No water is wasted when it runs over the weirs and into dams (and released below the dam walls) it all returns as rain! 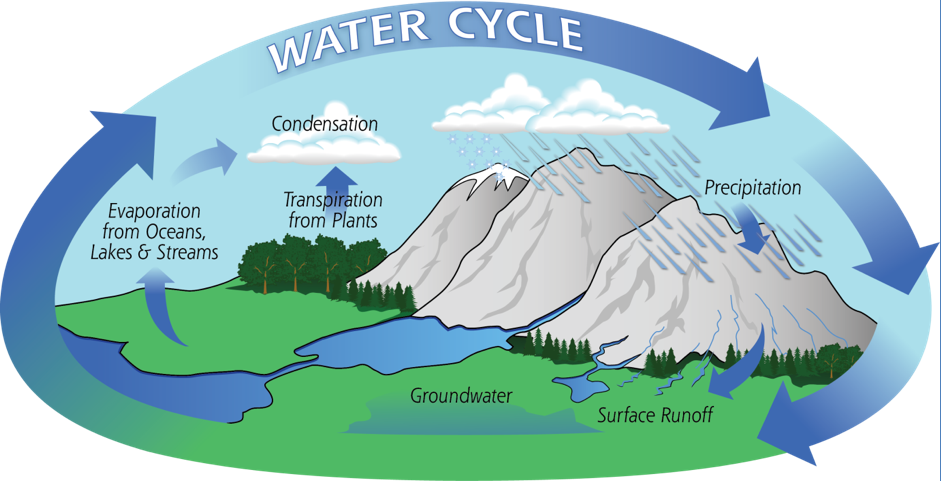