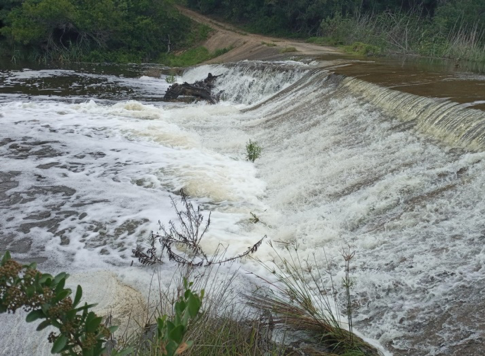 With recent good rainfall in Grahamstown during November and the heavy storms at the beginning of December, the Kowie River and its tributaries have been flowing strongly and have reached the Weir early this past week.

“From Roger Roswell in Grahamstown”

On 6th December we had a nice thunderstorm and deluge, I measured 28mm in a matter of about half an hour, on the northern side of town, Park Rd, just less than 50mm was recorded and just below George Street in York Street just less than 40mm was recorded in the same period. Pick n’ Pay was flooded in about 75mm of water, so there must have been quite a flow down the Blaaukrantz River to the Kowie! 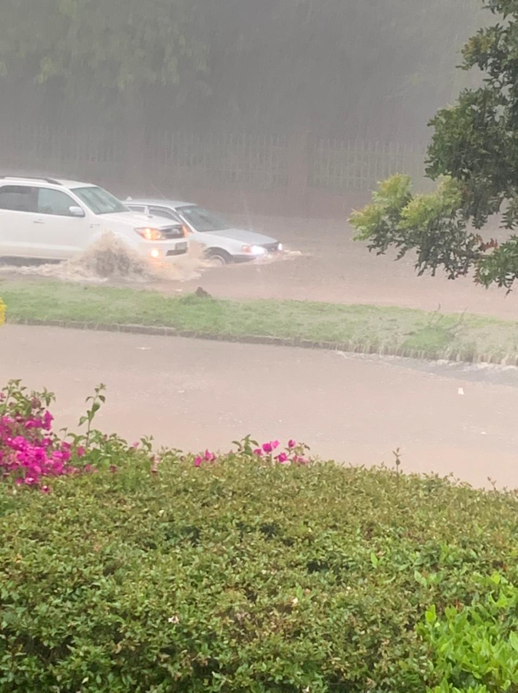 As a result of the heavy rainfall in Grahamstown (Kowie River catchment area) the Blaaukrantz, Lushington and the Kowie River all started flowing with the water reaching the Weir at Waters Meet earlier this past week and in fact flowing over the Weir! (Pictures courtesy of Theo van der Walt)

As a result of the water reaching the Weir the Municipality has commenced pumping water to the Ndlambe water works from where it will be pumped into the reservoirs feeding the town.

There have been some initial problems as there was air in many of the water pipes and bleeding has had to be done to get rid of the air before pumping can continue.

Below is a picture of the Sarel Hayward Dam in 2018 when it was virtually full (taken by Stuart Lavender). 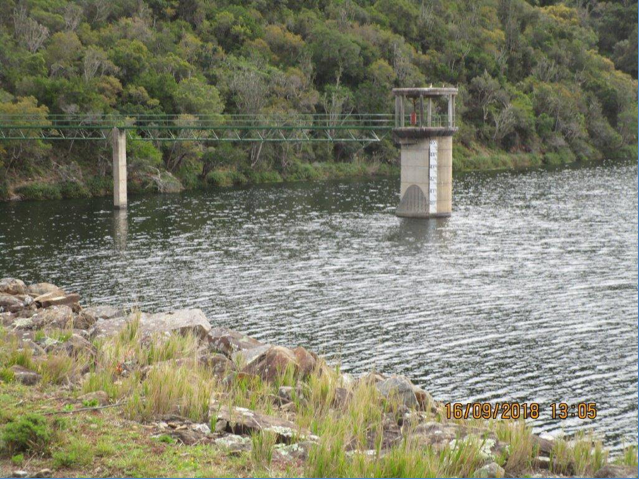 Below is a schematic diagram of the four pumps stations and the flow of water from the Kowie River Weir to the Balancing Dam/Nemato waterworks. 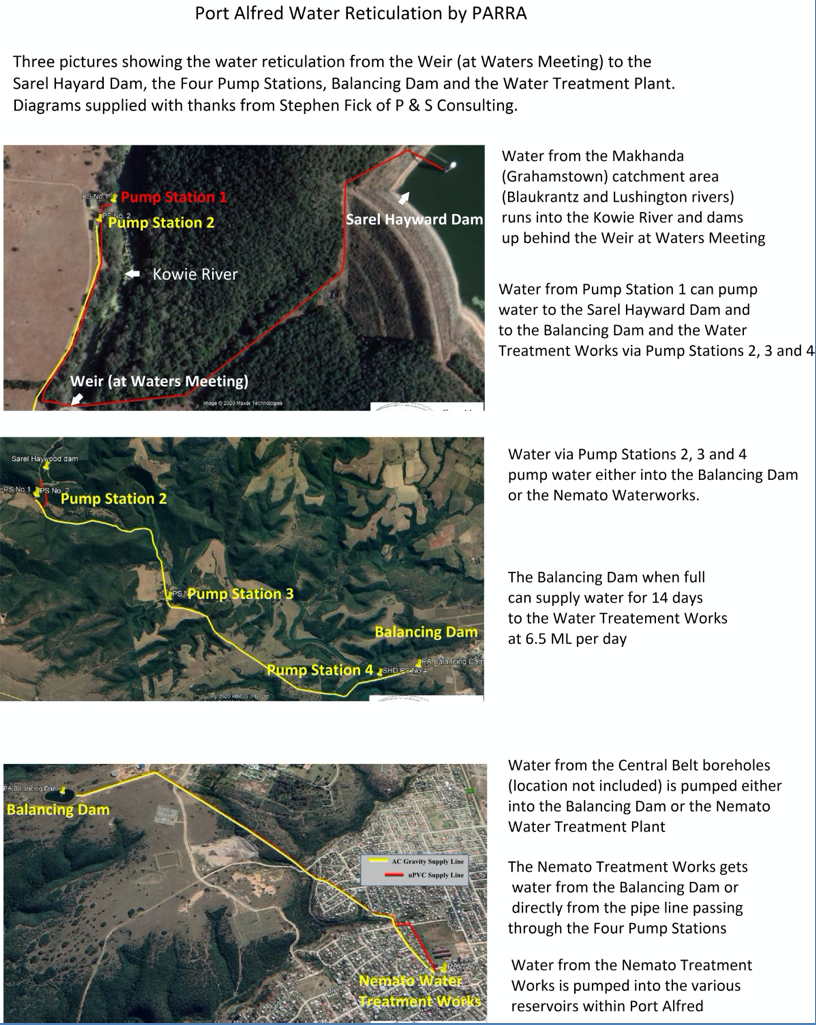